While you’ve got your favorite goto good-for-any-occasion beer in the icebox, the warming sun and longer days may have peaked your beer buds and inspired you to taste a seasonal ‘Summer Beer’. You know what beers I refer to: the seasonal special, roll off the shelf beer most microbrews and many megabreweries deliver every summer. But what exactly is a ‘Summer Beer’? A marketing gimmick? Or is there some other reason to replace your staple beer when its 90 degrees out and a cold bottle feels good on a festering mosquito bite. The answer of course is, “it depends”. Not all summer beers are made equal but most share some basic qualities. 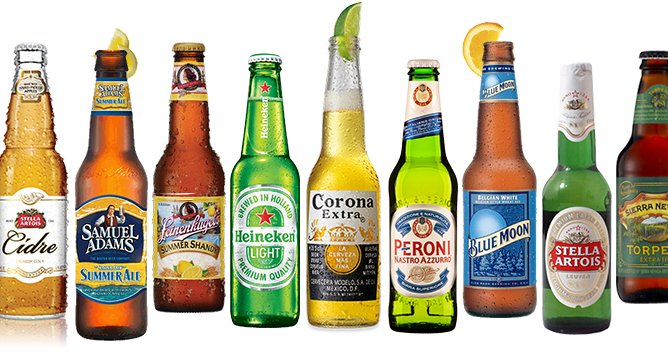 Summer beer crafters strive to brew a crisp, low to medium bodied beer with a good dose of fresh aromas. They tend to be lower in alcohol content and a bit easier to consume by the six-pack provided they are served cold. Ales dominate the summer brews, especially wheat beers of which there are dozens of varieties. If you’ve ever been lucky enough to be a beer drinker in Germany or Belgium in the peak summer you will have first hand experience with the wheat beer (wit beer) varieties.

Summer beers are supposed to quench your thirst. But they also traditionally take advantage of a summer brewing ingredients that are considered the least desirable. Most brewing with fresh ingredients occurs after harvest until mid March. But after March, fresh ingredients are hard to come by and wheat is considered one of the more challenging beer-making grains. But wheat also makes a very tasty beer with a lighter flavor and brewed in a way that typically gives the beer a fuzzy or carbonated feel.

Germans and Belgians perfected wheat brewing. Few (if any) brewers replace all the barley with wheat but the German Hefeweizen has up to 50% malted wheat. The Belgian ‘witbeer’ or Belgian White (wheat beers are considered white beers compared to the darker ales) traditionally uses raw wheat with a higher barley count. The Hefeweizen is bottle-conditioned for two months and contains the yeast sediment which accounts for the cloudy appearance and full flavor. The Beligian White tends to be higher in alcohol content, is seasoned or spiced with coriander and is usually clearer and smoother. The Germans continue to abide by the 1516 purity law and do not add flavors during the brewing process. Instead, they rely on unique and rare yeast strands to provide the fruity, sweet flavors.

Other beers tend to make the ‘summer’ cut, even if they are not wheat beers. Pilsners, the dominating and most consumed beer type in the world, are popular in the summer. Pilsners are lagers (bottom fermenting yeast) that have fewer ingredients, more water and lighter (if any) flavors. Nevertheless, the pilsner served cold is easy to drink in the summer heat. But warmed even slightly, the pilsner may be harder to drink than a traditional hoppy beer like an Indian Pale Ale.

Hoppy pale ales were meant to be served warm to thirsty British sailors arriving in India. Although now exclusively served cold, they can hold up to a bit of warming and and may be the preferred pint if only drinking a handful or an after-dinner treat in July.

Speaking of foods, certain summer beers work better depending on the dish. Summer is for the grill–usually dark red meats or fatty brats. Even when grilling light, the foods tend to be richer and from a marinade. For the grill-fare, cold light beers work well–making a pilsner a perfect tailgater. But if even a hint of spiciness or pepper heat is in the food, like buffalo wings, or Mexican food, serving the wheat beer is a good compliment. If going for Thai, Indian, or Vietnamese spices, then an IPA is hard to beat.